Welcome to
​Bell's Gaming Center in Round Rock, Texas

How did we get here?
My Divorce was final in September.
This meant for the 1st time in 16 years I didn't have medical coverage.
I wasn't feeling well the weekend before Thanksgiving.
I closed the shop for a week.
Each Day I thought "Tomorrow I will feel better."
I had not been sick in the 6 years that I have lived in Texas.
But with each tomorrow I never got better.
A friend and Customer of Bell's stopped by
my apartment the Sunday after Thanksgiving
and convinced me to let him take me to the hospital.
I had not needed to be go to a hospital in over 25 years.

I was in ICU for 10 days.
The 10th evening they put me in a regular room.
The 11th day they sent me home.
I have been home since the evening of December 8th.
Now I am hit with a 6 figure medical bill and
I haven't had a paycheck since mid November.
Any donation to this go fund me is greatly appreciated.

The 1st week I was home it was a struggle
to just get off the couch and go to the bathroom.
The 2nd week home I recovered enough strength
to reopen the store for limited holiday hours.
The 3rd week home I have most of my strength back but
my lung capacity is still diminished and I am out of breath a lot.
I am doing lung exercises on this contraption
they gave me to take home from the hospital.
​========================================
Congratulations to
Andrew
for winning the night Ragavan Stole Christmas Modern Event!
Andrew won the Ragavan, Nimble Pilferer.
Thank you to everyone who came out tonight! 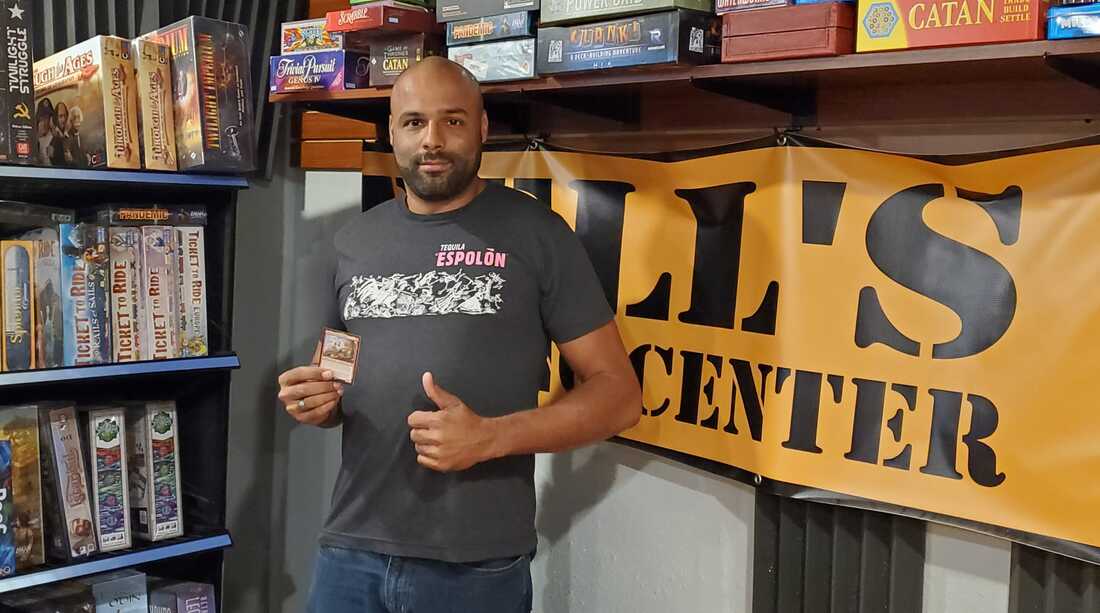 Congratulations to
Michael, Javy, and David
for splitting the Thursday monthly box giveaway.
Instead of a tie breaker they decided to split it.
October month's box. Midnight Hunt!
Summer Slam 2021 CHAMPION
ROB WAGNER
Rob now gets $5 event fee waived on Mondays & Fridays Modern Events.
Rob has to Defend his Title in Winter Slam 2022 as the #1 Seed. 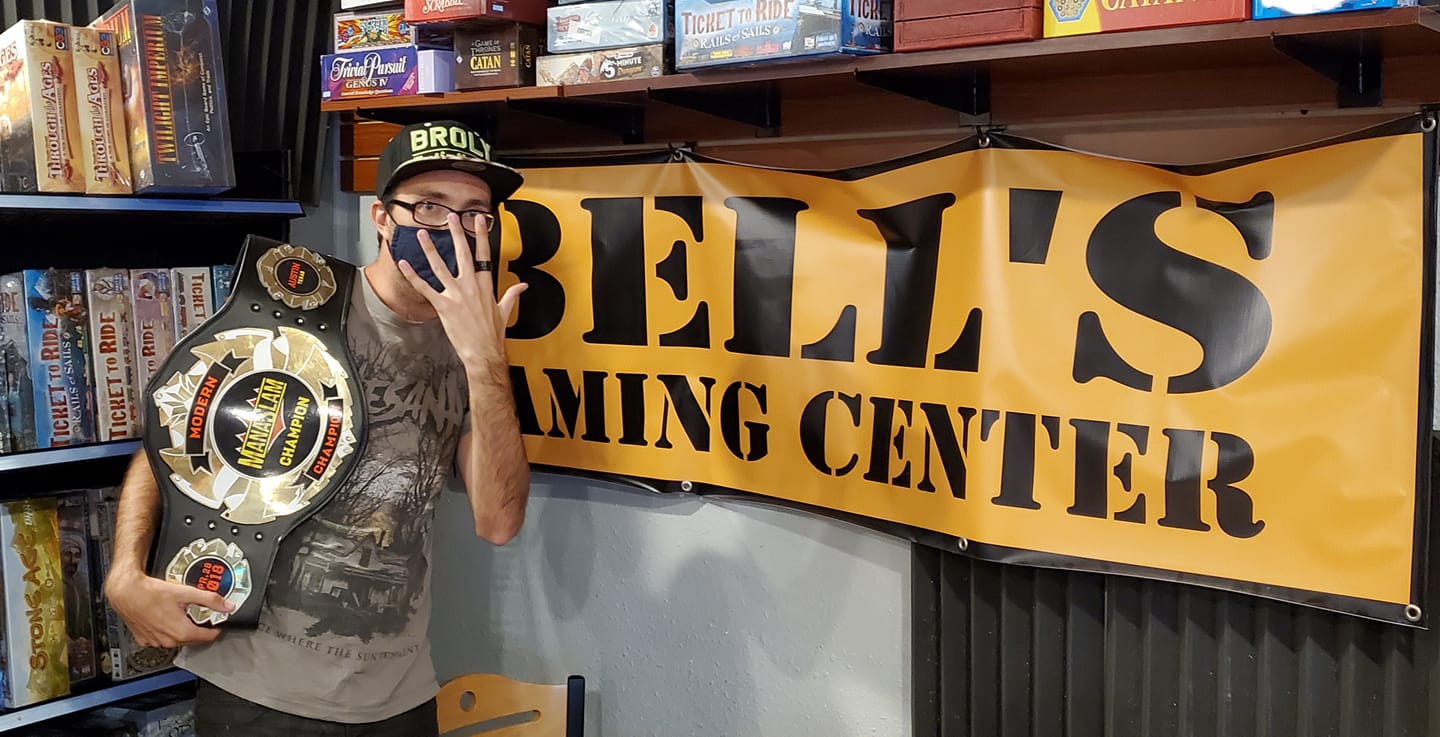 Congratulations to Team
Team Dos Equis
for going 3-0 in Friday's 2 headed giant
won 6 set packs of Innistrad CRIMSON VOW
and this kickass Bell's T shirt!
Thank you to all 38 of our players (19 teams!)
​A new Bell's Record for 2 headed Giant!

Congratulations to team
C2HG
for going 3-0 in Saturday nights
2 headed Giant Crimson Vow prerelease.
They each won 6x draft packs
of Crimson Vow and
a Bell's T shirt!
Thank you to all 18 players that came put tonight!

Congratulations to
Nick and Alex!
They both went 3-0 in the 1pn single player prerelease.
The got 6x draft Crimson Vow packs and
a Bell's T shirt!
Thank you to all 14 of out 1pm players. 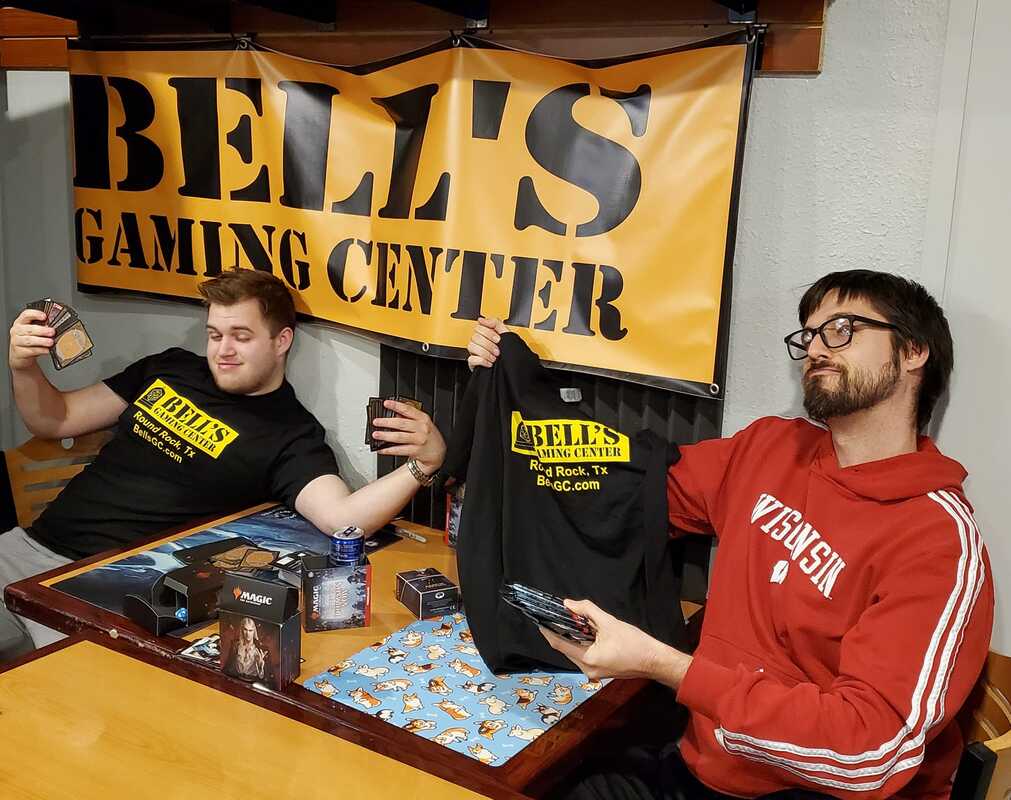 $15 Bell's Deckbuilder kits
Specially made for new/returning or casual
​ Magic the Gathering players.
Have zero cards of a particular standard set?
Get a Pauper Deckbuilder kit for
Zendikar Rising
Kaldheim
Strixhaven
Adventures in the forgotten realms.
Each Kit contains
4x copies of every non land common for the set (400+ commons.)
Does not Include any Commons that sell for higher than bulk prices
1x welcome booster pack that has rares in it.
24x copies of each of the 5 basic land types (120 basic lands)
https://www.facebook.com/Bellsgamingcenter/videos/273303154349517
Michael Plays Dimir Rogues Challenger deck 2021 deck in best of 3 ranked and goes mythic! #102 in the world! Challenger 2021 Dimir Rogues Deck list in descript on video link. 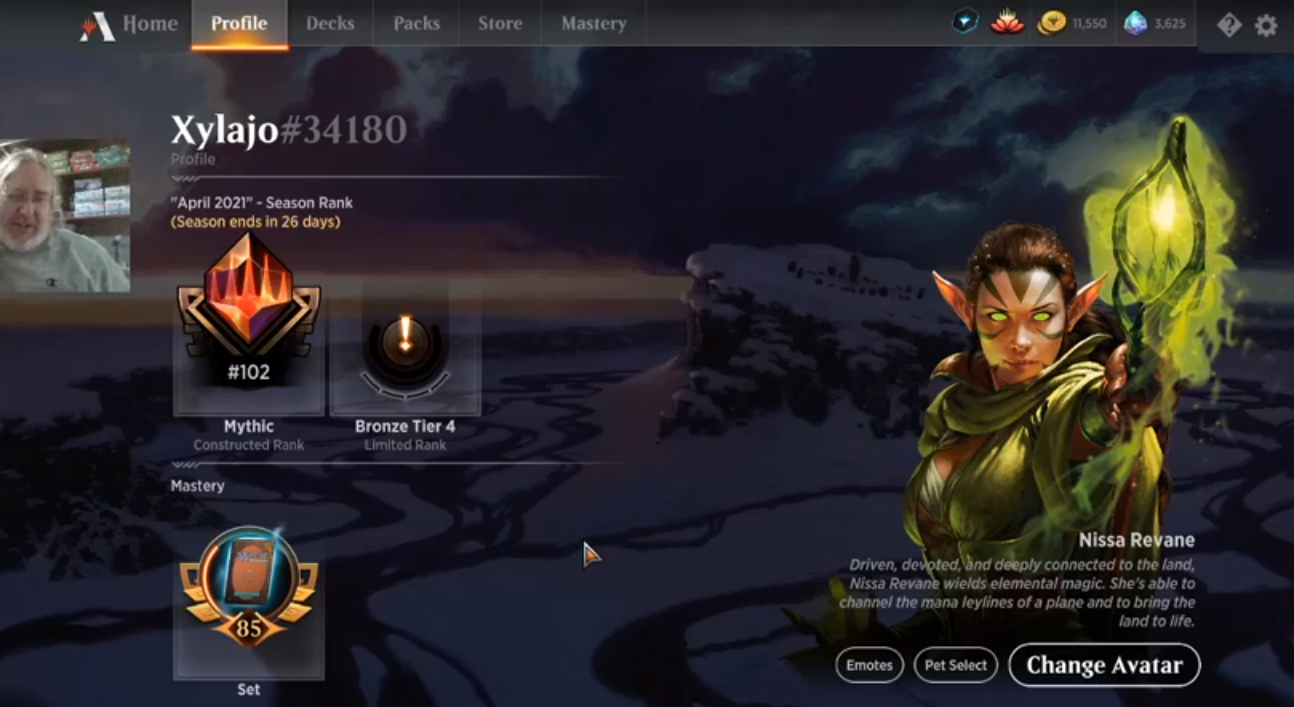 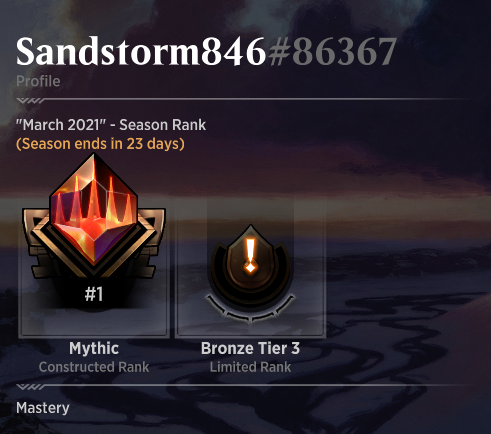 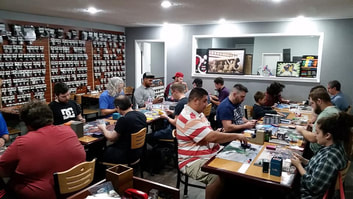